I have sung and conducted a number of great Glorias by the likes of Vivaldi, Poulenc, and John Rutter, and so it was with a certain amount of trepidation that I approached the writing of this piece. A few years ago, a young American singer from a children’s choir festival I was conducting said to me that she liked the piece of mine that they were singing. She then told me that she had recently sung another new piece that she really liked by ‘some guy called Vivaldi’. She asked me if I knew him. I was so struck by this, because to this young lady the piece might have been written yesterday. To her it felt fresh and communicative, and I thought, if I could emulate those feelings for just a few moments, I would be happy. Vivaldi’s Gloria was very much in my mind when I wrote my own setting.

Tickets cost £12, and may be obtained from:

On Saturday 29th February 2020 we will be holding a Quiz and Curry Night at the Manor Prep School, Faringdon Road, Abingdon, OX13 6LN.

We are again fortunate to have Steve Vaughan as our quiz master. This time the catering is being carried out by a local restaurant.

There will be a cash bar and a raffle.

Please bring your friends along to what should be a fun evening.

28th June (Sunday) afternoon in the new River Room at Sutton Courtenay Church from 2:00pm to 5:30 pm with a break for refreshments.

In this afternoon workshop, Anna, a singer and teacher will help attendees to understand their voice – with some basic vocal anatomy for choral singers and how to apply good technique in practice. This will include some basic technical aspects, on how sound is produced when singing. There will be a various singing and breathing exercises to try. After a break for tea/coffee (which is included in the price) we will apply what we have learned to sing a piece in the second half.

Tickets cost £20 (or £10 for young adults aged from 18 but not yet 21), including refreshments, and may be obtained from:

This is an opportunity not to be missed!

Physical tickets will be available soon but you can book online now at https://www.trybooking.co.uk/NBV

See also notes if you are a member of the Singers.

We will be performing on Sunday March 31st.

Rehearsals started on Friday January 4th. The program will be:

A quiz night was held on the Saturday evening of the 16th March at the Long Furlong Community Centre in Abingdon. A simple, home cooked, meal was provided along with a cash bar and raffle.

The event raised £1408.33 in support of our next and subsequent concerts.

This was held on the afternoon of Sunday 20th January at the Matrix with Peter McMullin as accompanist.

It attracted a number of new people besides the regular choir members and was enjoyed by all. We received a great number of valuable tips and had, as promised, a very enjoyable afternoon. 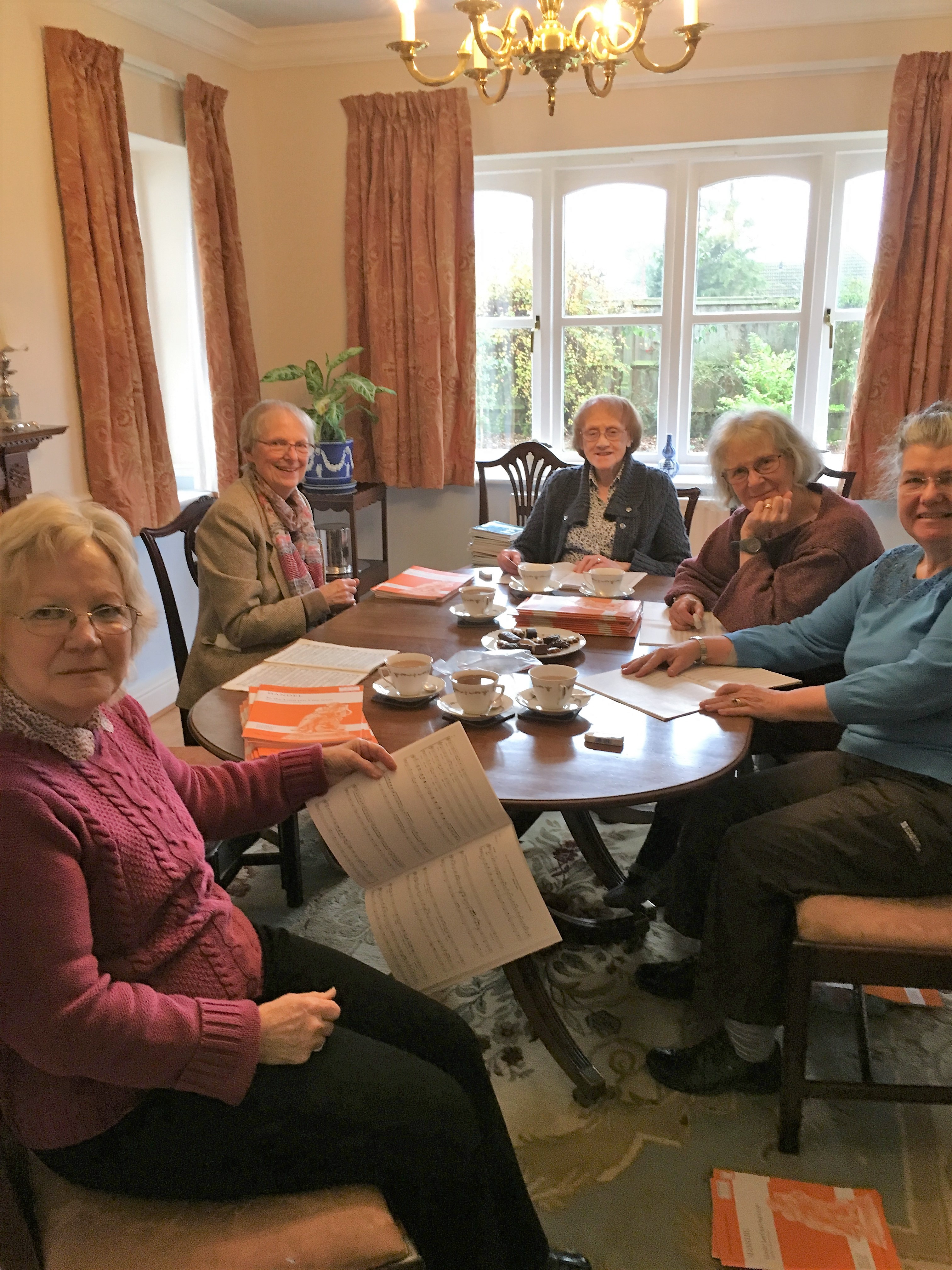 This will be a Handel  dominated programme. The date is now fixed for Sunday November the 25th 2018:

The first rehearsal was at 19:30 on Friday 14th September.